A Conversation with Dougall Paulson and Elliott Barnes for Delisle Paris

— Tuesday, June 2, 2020 — written by —
Two new lines. Two new perspectives. KF is Looking forward in 2020 and excited to introduce Dougall Paulson and Elliott Barnes for Delisle Paris. Take a deeper look into the start of these lines and what inspires their stunning creations. 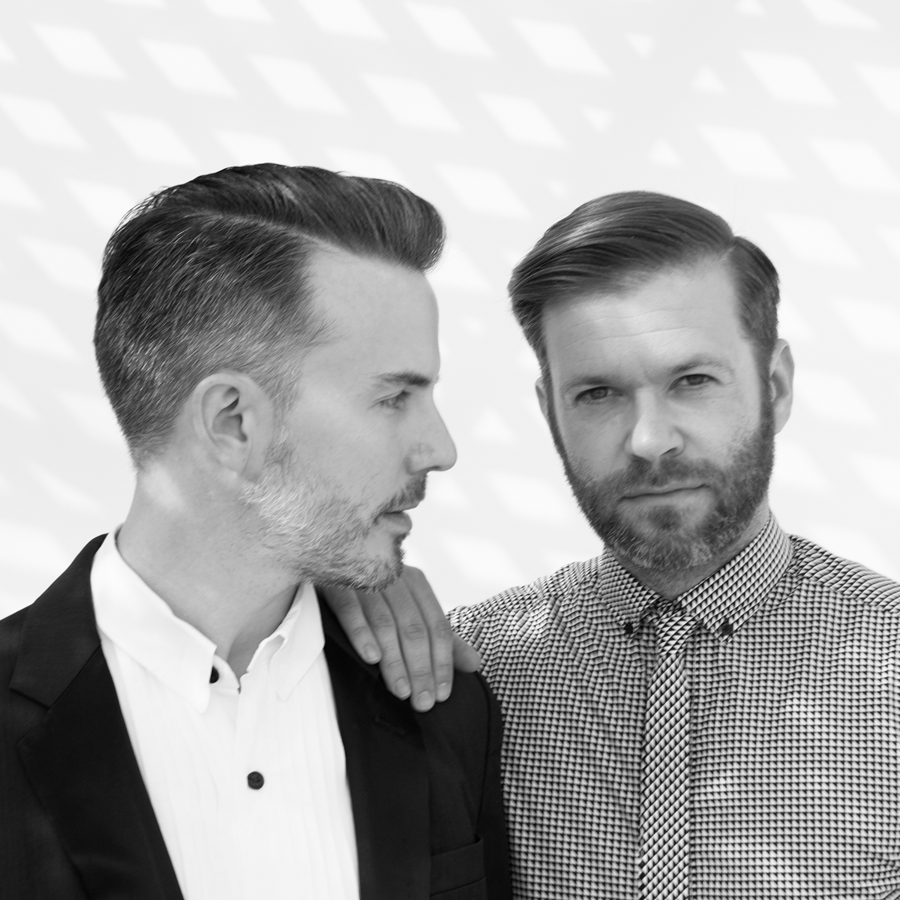 Tell us the story about how you two met and started collaborating.

We’re just now celebrating our tenth anniversary of that very moment! It seems like a lifetime ago, but we worked next door to each other in Venice Beach doing very different things than what we do now. Somehow we struck up a conversation, and we quickly realized that we were two halves of a whole. Since that moment, our whole existence together has been about telling stories of love and romance—seeking beauty and new ways of thinking about space and form.

Your weaving has gotten a lot of attention, but we know you have a lot more up your sleeve. How is your studio practice evolving?

We’re very fortunate to have received some incredible weaving commissions—we recently wove our third commission for Peter Marino’s work for Chanel, this time for the Monaco flagship—but it’s only one piece of the puzzle. We also have multiple collections of furniture, lighting, and art objects, all of which require an immense amount of time and attention that pull from our sculptural practice. In terms of evolution, our work is starting to fold into itself, in that we’re using our multiple studio practices to create a single object. We’re working on a new lighting collection, for example, where weaving, sculptural cast elements, and lighting join to create an evocative form that has never been seen before. 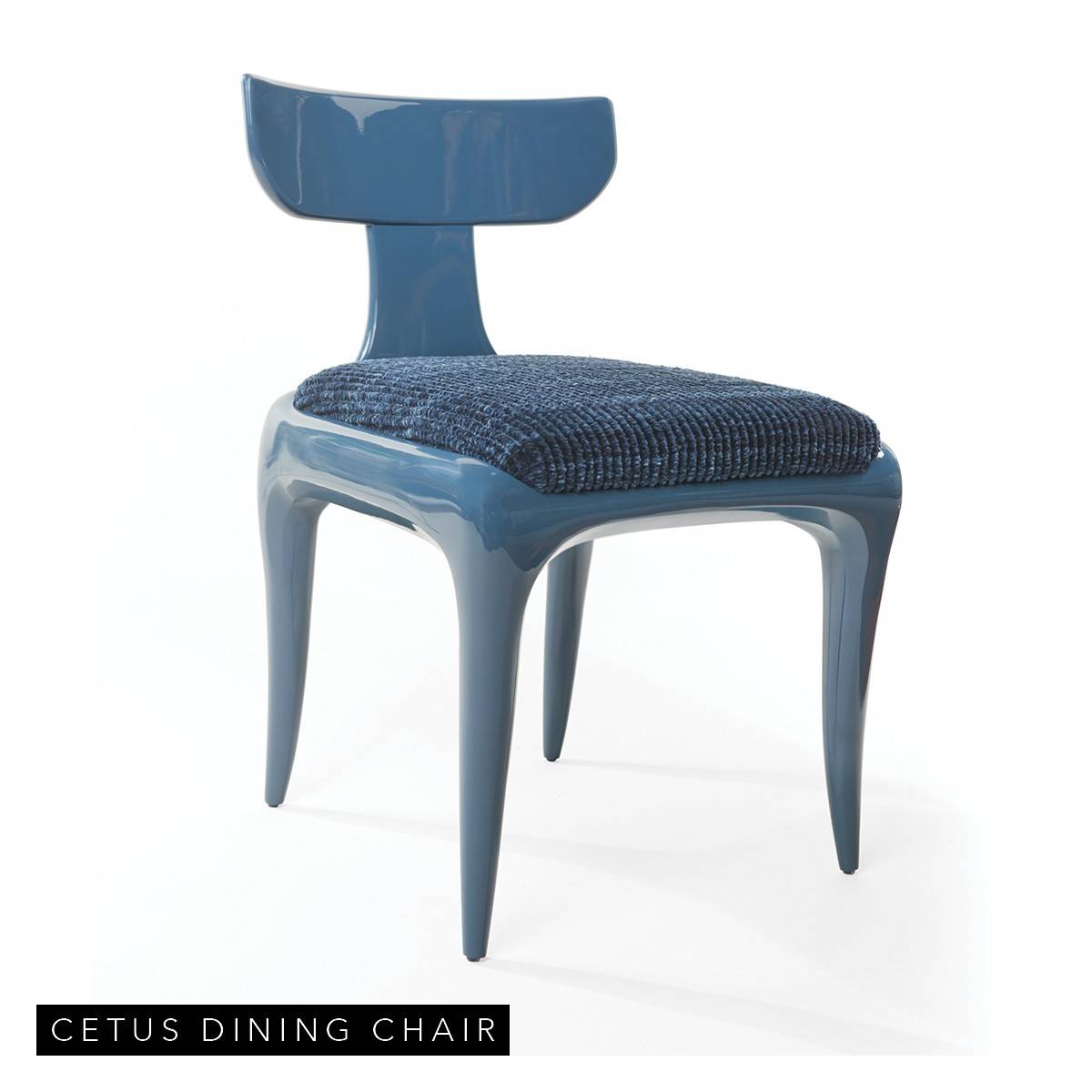 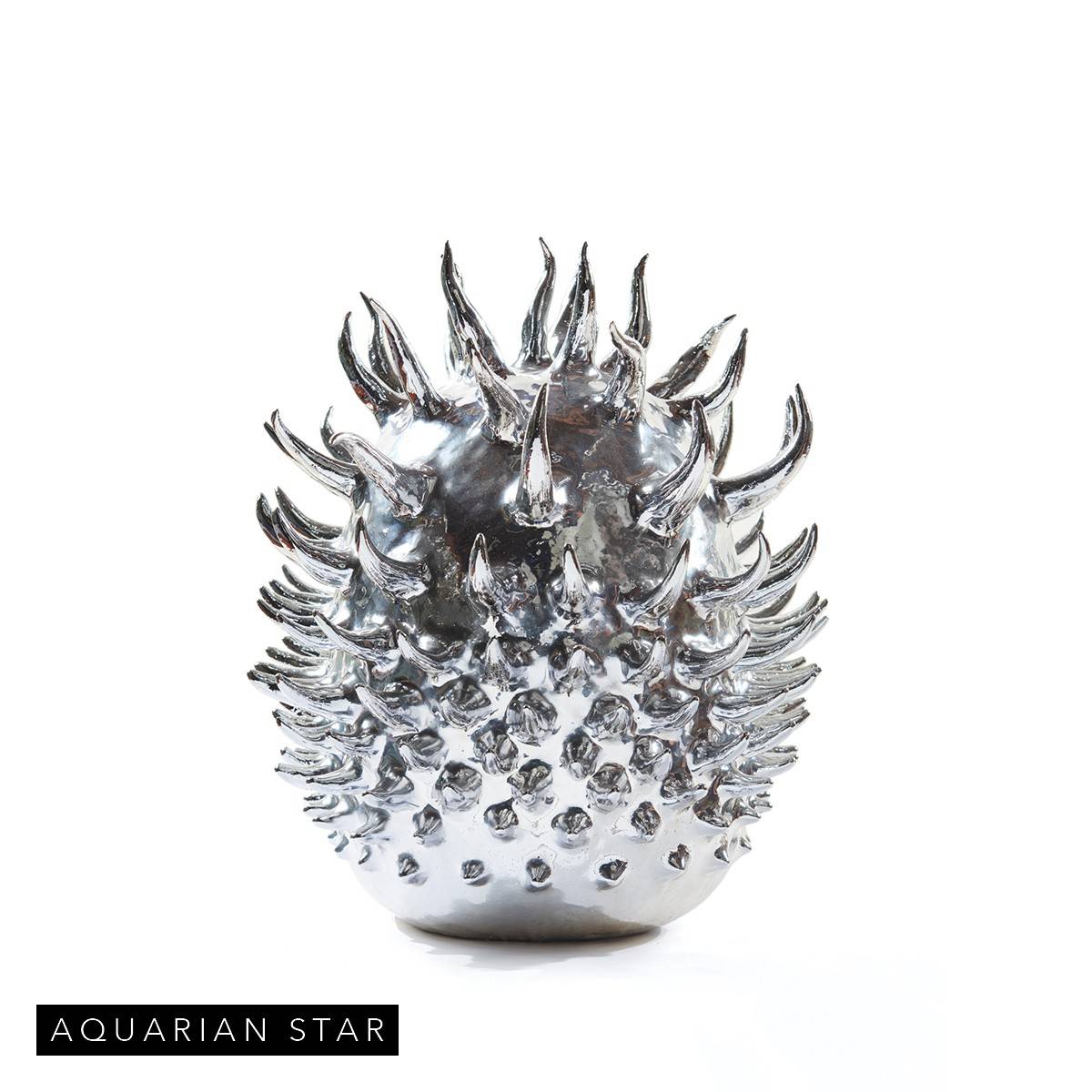 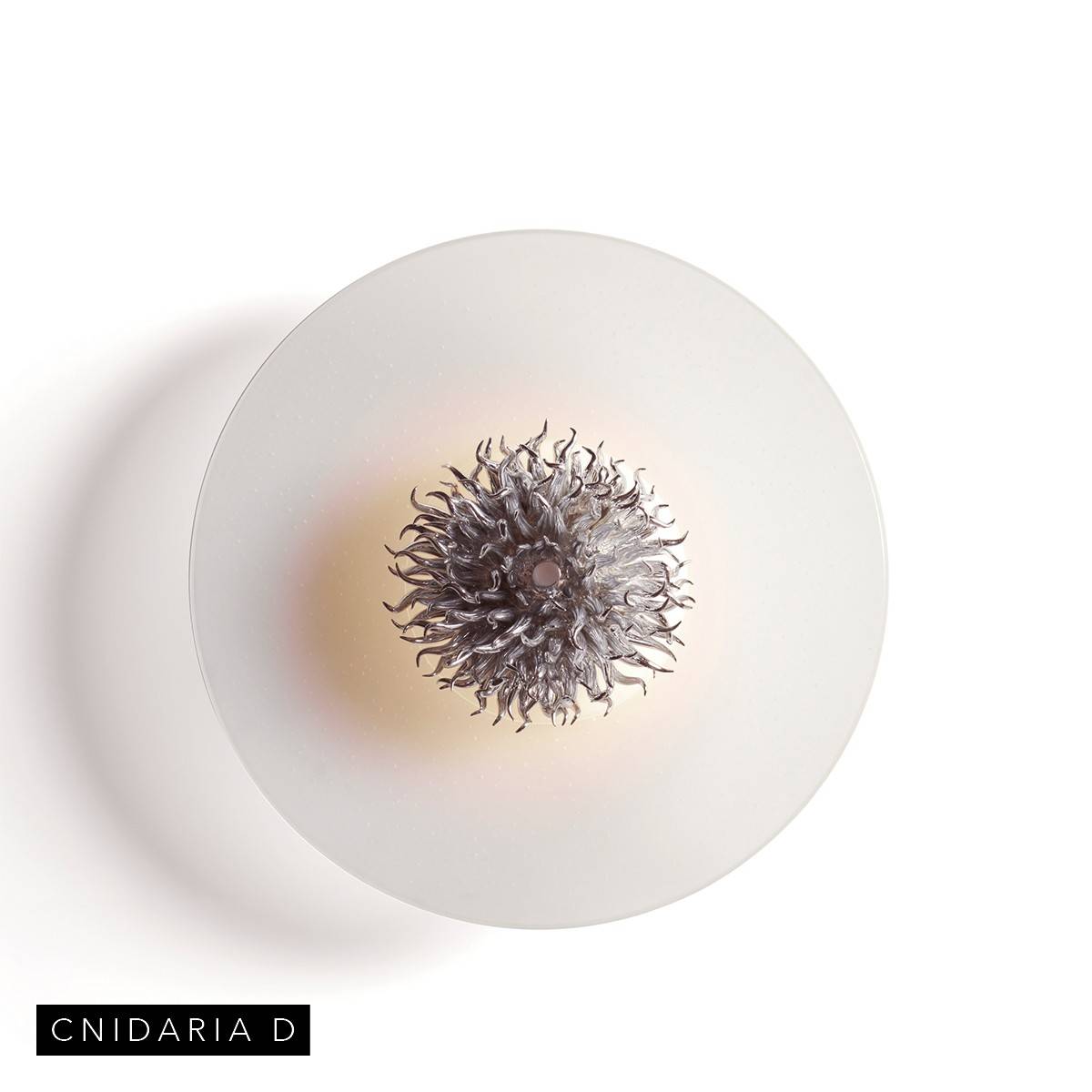 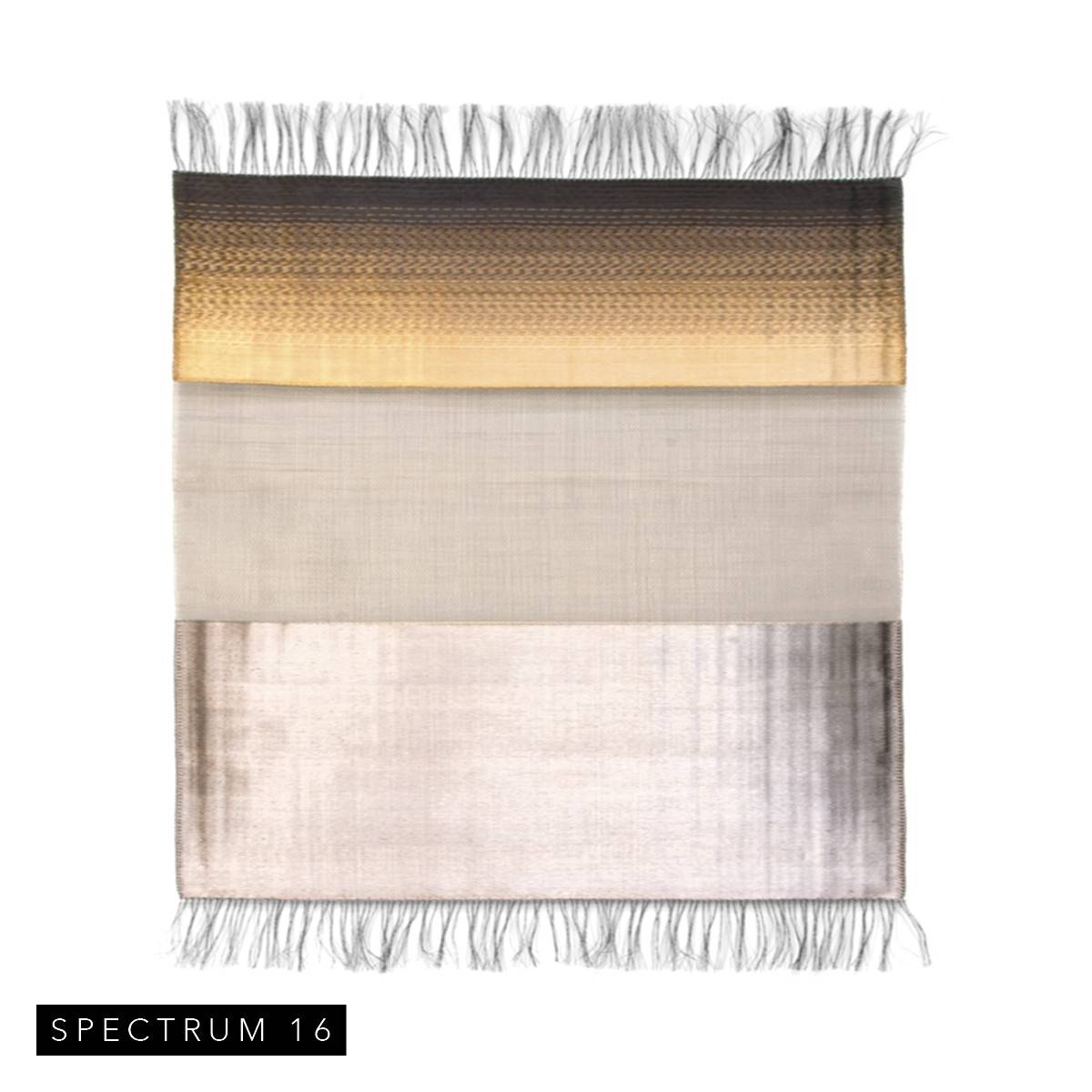 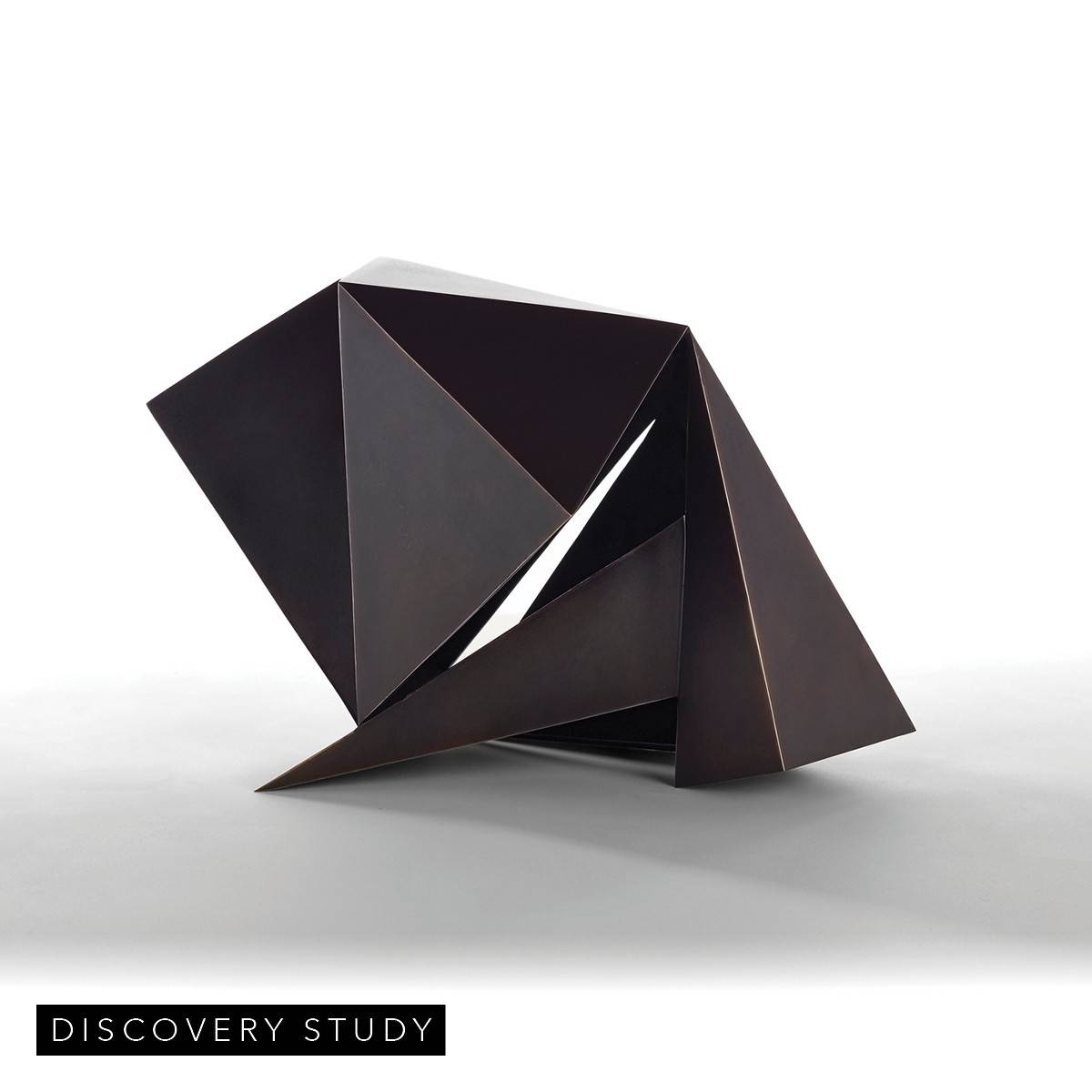 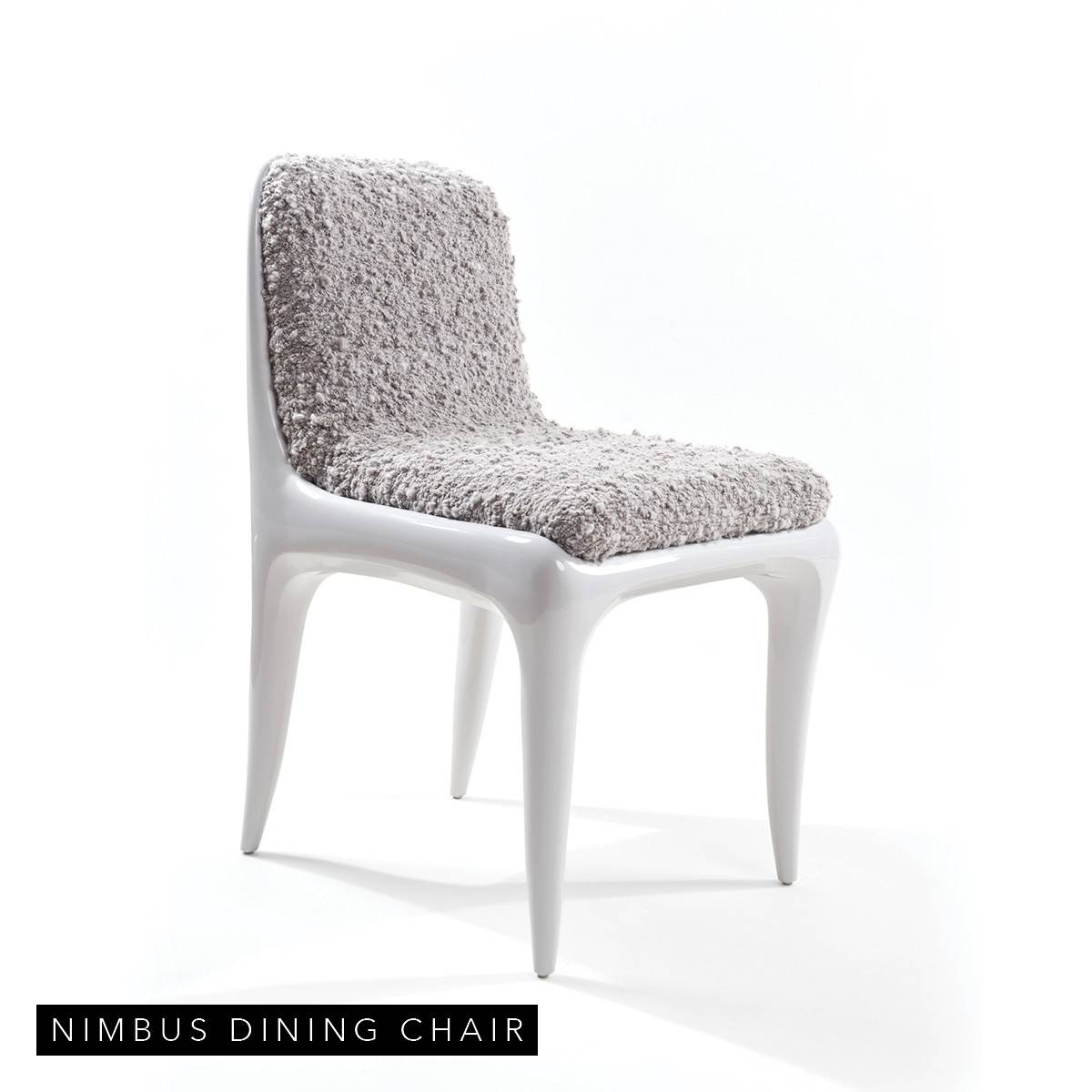 What are the aspects of Kneedler Fauchere that get you excited? How do you see yourself integrating into the Gregorius Pineo galleries?

Kneedler Fauchère is a legacy house of design and textiles, an institution with a presence not just in Southern California but also around the world. With its long and storied history of supporting craft and the handmade object, KF understands what it is to connect the past with the future, an understanding that positions us all squarely in the present. What’s more, as the West Coast’s premier destination for textiles, Kneedler draws from a practiced, passionate vocabulary of warp and weft, a language of interaction, interlacement, encounter, transformation, and discovery. These ideas form the fundamental basis of our creative practice as well, one that we feel is supported wholly through Kneedler Fauchère. On a personal level, KF also has the perfect blend of warmth and upliftedness, a unique combination that proves that kindness and chicness aren’t mutually exclusive.

"…where weaving, sculptural cast elements, and lighting join to create an evocative form that has never been seen before."

What’s the draw for you to live and work in Southern California?

At this point, we couldn’t imagine living and working anywhere else! Our studio is halfway between Downtown Los Angeles and Palm Springs, and we work with dozens of workshops all over Southern California to help with the various aspects of our fabrication not realized in-house. Southern California is known for its sprawl, of course, which could either be daunting or exciting, depending on how curious you are. For our part, we avoid the collectivizing influence as much as possible, positioning ourselves off the beaten path, and working with smaller, family-owned workshops scattered all over the region who honor craftsmanship, quality, and process as much as we do. In this way, we feel we make the sprawl work to our advantage.

Last question: When was the last time you saw something so creatively inspiring that it made you stop in your tracks?

We’re still reeling from “Teeming Sea, Tranquil Land,” a performance by Sankai Juku—the renowned Japanese butoh dance troupe—at UCLA’s Royce Hall. It’s mesmerizing to encounter an expression that’s as lush as it is spare. Butoh’s source is the Japanese avant-garde of the 1960s, a period when Japan struggled with the lingering effects of the atomic bomb detonations at Hiroshima and Nagasaki. Originally called “ankoku butoh,” or “dance of darkness,” the medium created a space for the intensely grotesque and perverse on the stage, an enveloping mood of emotional stillness. We consider movement as the purest form of expression, a medium that’s both primordial and purely human. This concept relates to everything we focus on in our studio practice, where gesture, muscle memory, and aesthetic inquiry come together to create a platform for the interaction between the human body and a thoughtful, beautiful object.

"We consider movement as the purest form of expression...where gesture, muscle memory, and aesthetic inquiry come together to create a platform for the interaction between the human body and a thoughtful, beautiful object." 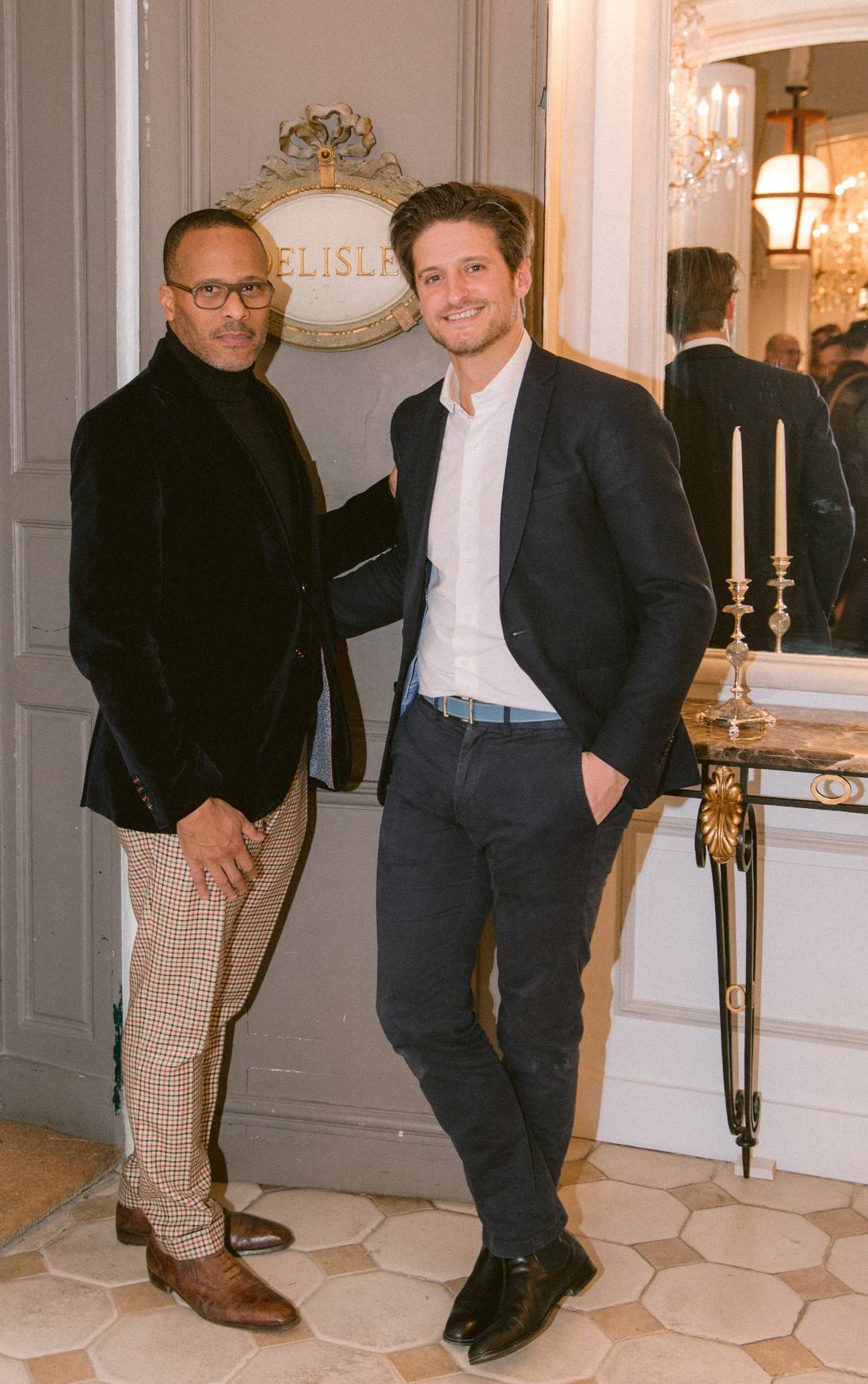 Jean, you're the fifth generation to run Delisle Paris.  Talk about your approach to honoring the company's history while moving it forward in a new direction.

DELISLE was created 125 years ago by Henry Delisle who was an artist and an amazing drawer. Creation through sketches, drawings, and sculpture is the heart of our company. As the Fifth generation, I want to perpetuate this expertise of excellence and French savoir-faire.

Today, our core business is still to partner with talented interior designers and architects to create exceptional bespoke lightings, furniture, and decorative objects. My personal focus is to develop contemporary creations with famous designers based on our unique craftsmanship.

The Poinciana collection, designed by Elliott Barnes in 2019, is the perfect echo to this new strategy and features innovative designs utilizing noble materials such as patinated bronze, upholstered leather, and alabaster.

The Poinciana collection by Elliott Barnes 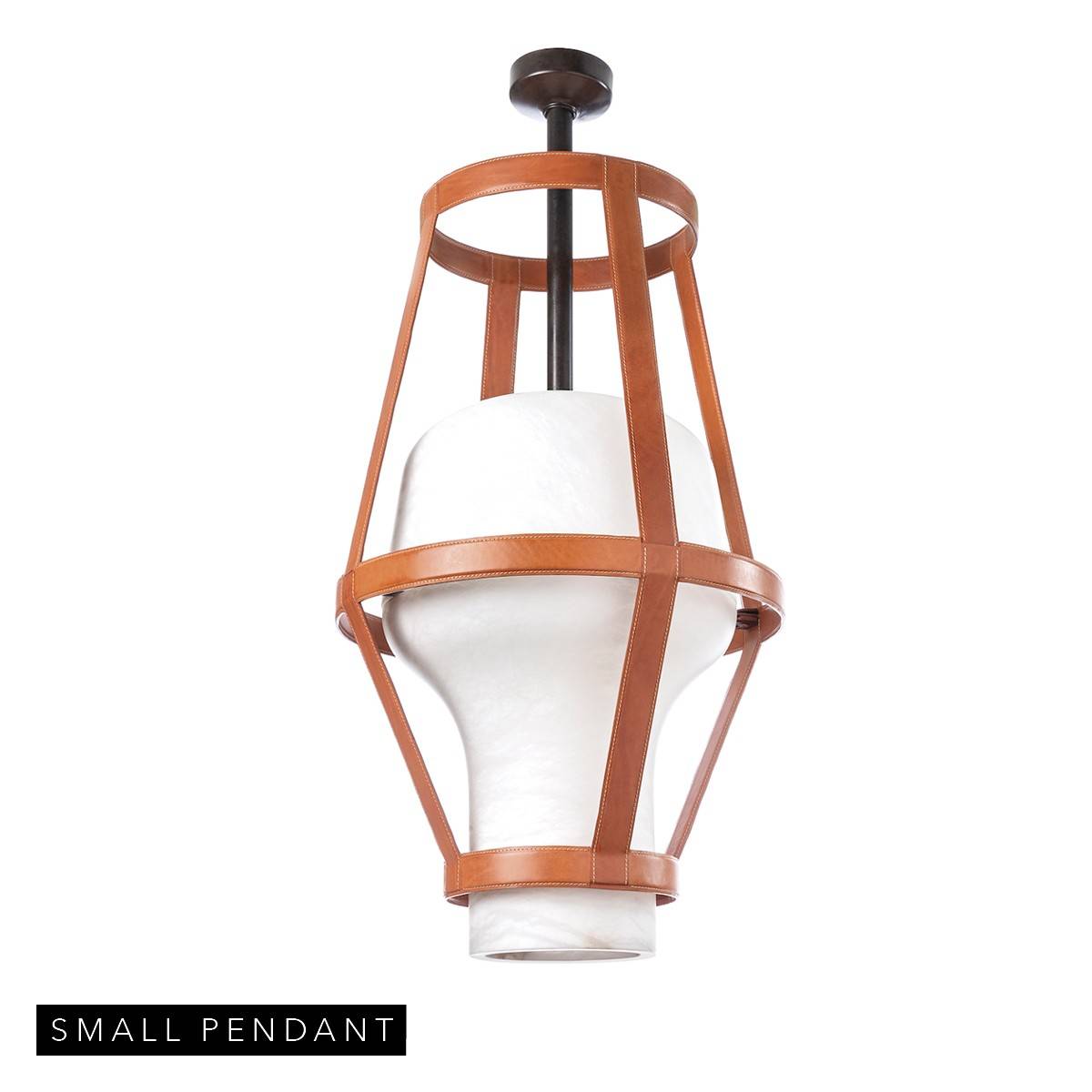 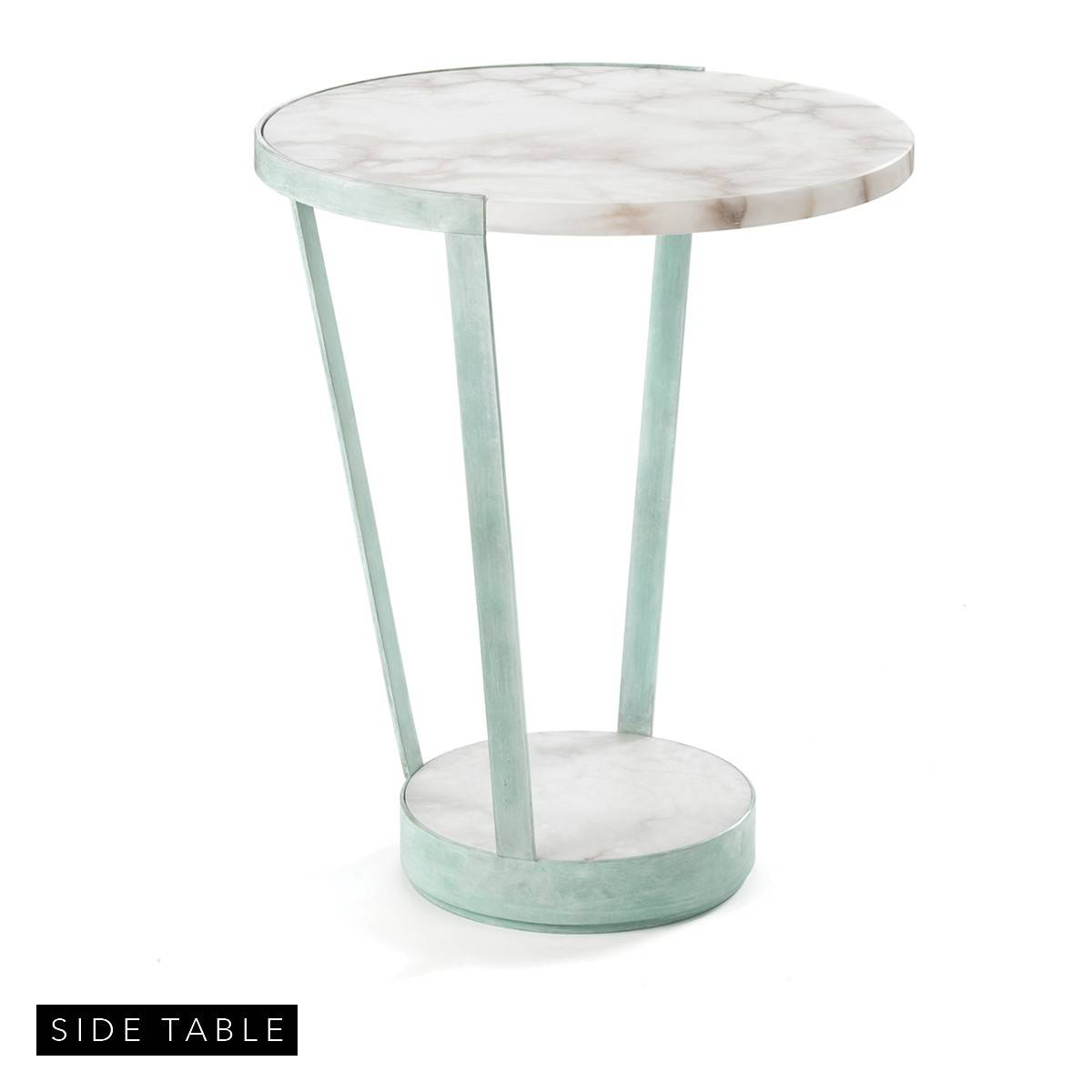 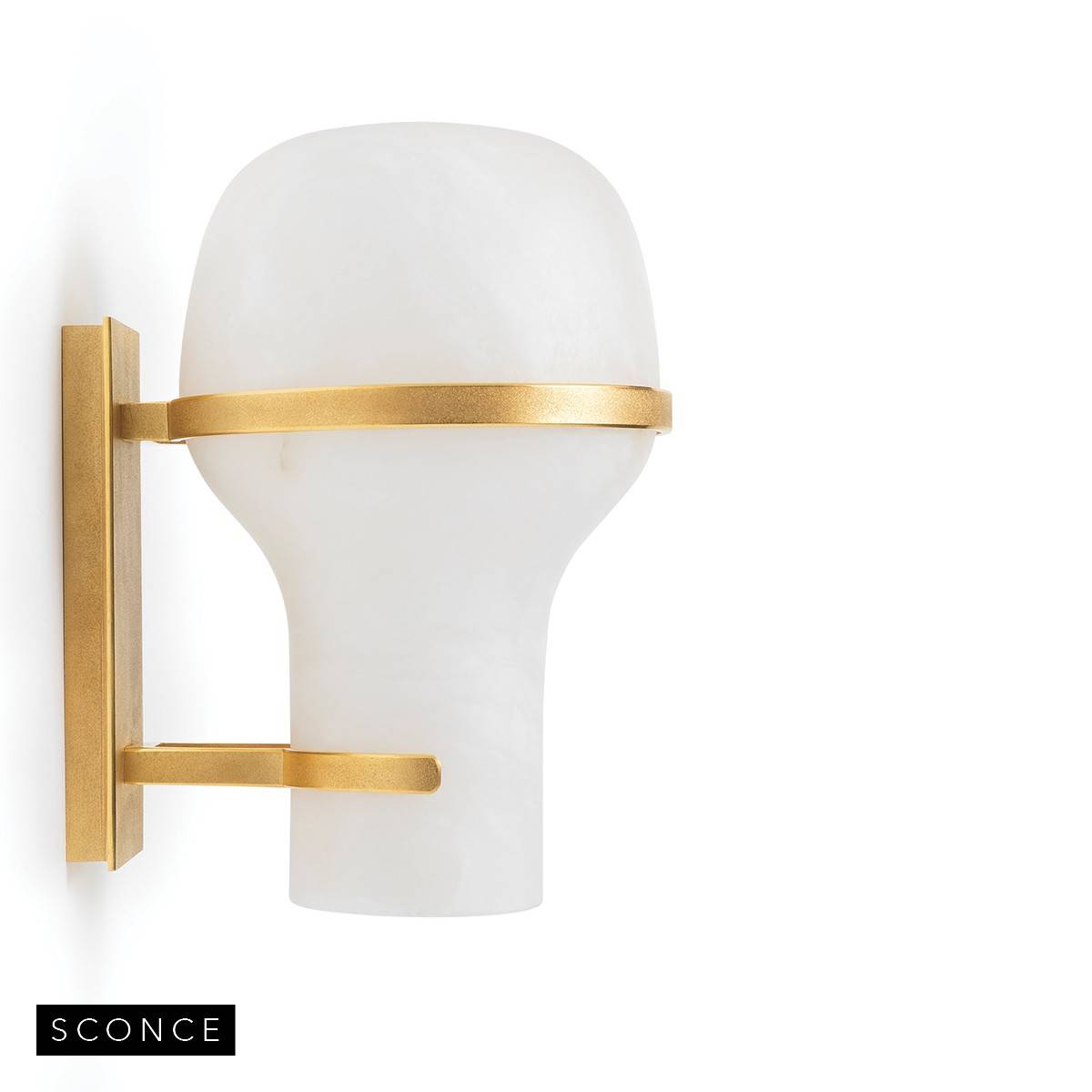 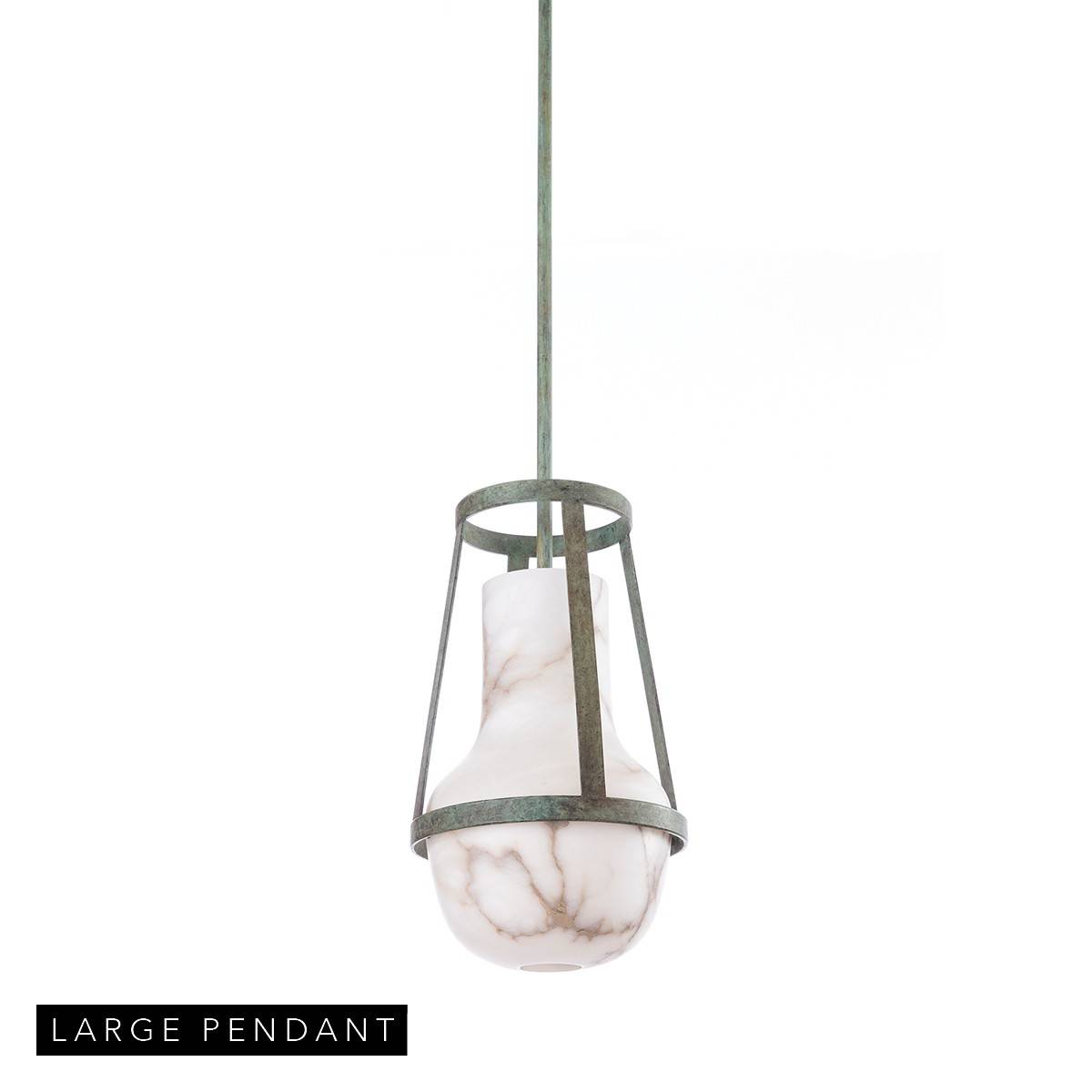 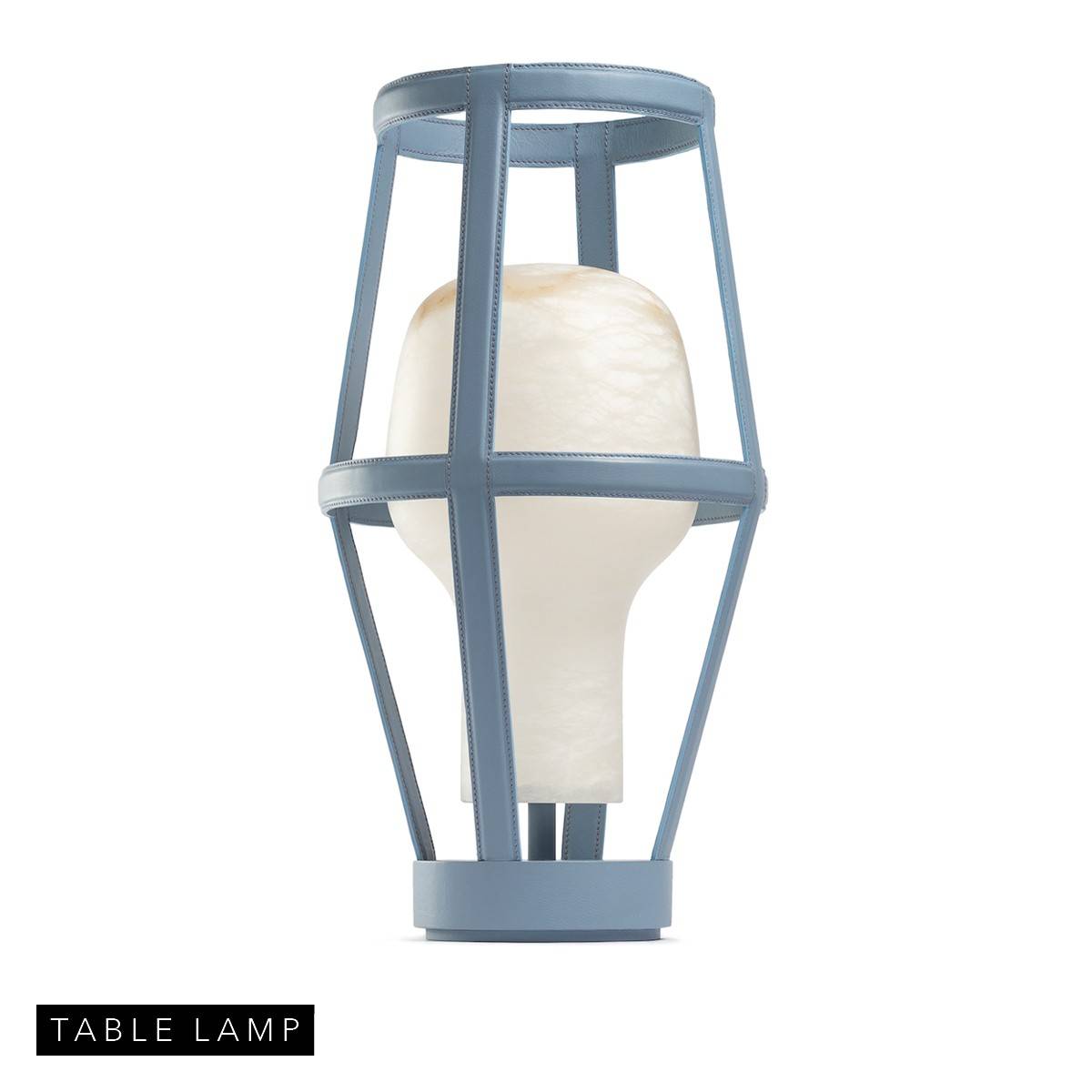 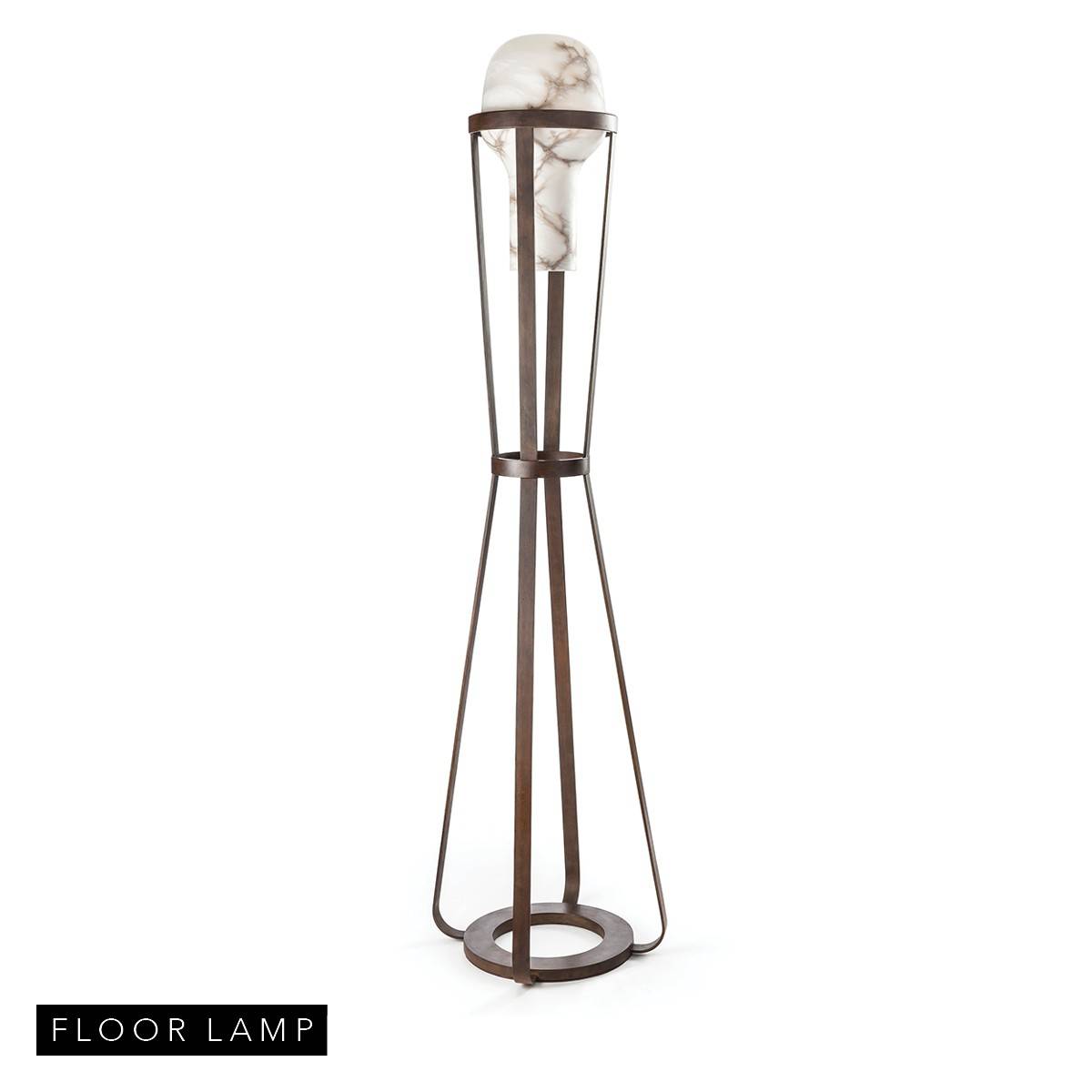 Elliott, launching your collection on the west coast is somewhat of a homecoming considering you grew up in Los Angeles.  You’ve lived in Paris now for over 30 years, but does LA still feel like home on some level?

The launch of the Poinciana collection for DELISLE at Kneedler Fauchère is indeed a homecoming. It is also the first time I present my design work in the United States. My connection with Los Angeles is quite deep. Even though in the many years that I have been away the face of the city has evolved, I still feel quite close to the “casual force” that is part of local identity. It is that unique energy that I have brought to Europe and that accompanies my work in Paris and elsewhere.

How did the two of you connect and start discussing a collaboration?

Elliott was creating a booth for AD Interior in Paris in 2017. He asked us to give birth to the first Poinciana ceiling light in natural leather. It felt so natural to work together and the result was stunning. We had to continue together and here we are today!

Jean, you'll be launching in all three Kneedler Fauchere showrooms Denver, Los Angeles, and San Francisco.  How do you see the collection integrating into various projects, from mountain homes in Vail, to beach homes in Los Angeles, to more formal homes in San Francisco?

This collection is the perfect balance of contemporary, pure design and amazing raw materials. Depending on the finishes, you can place it in a very decorative mountain home (olive green leather or bronze patina with dark veined alabaster) to a "Wallace Cunningham" home in LA (white leather and white alabaster).
Elliott's design is so new that you need to see it to understand it. Elliott talks to feelings, not the mind! 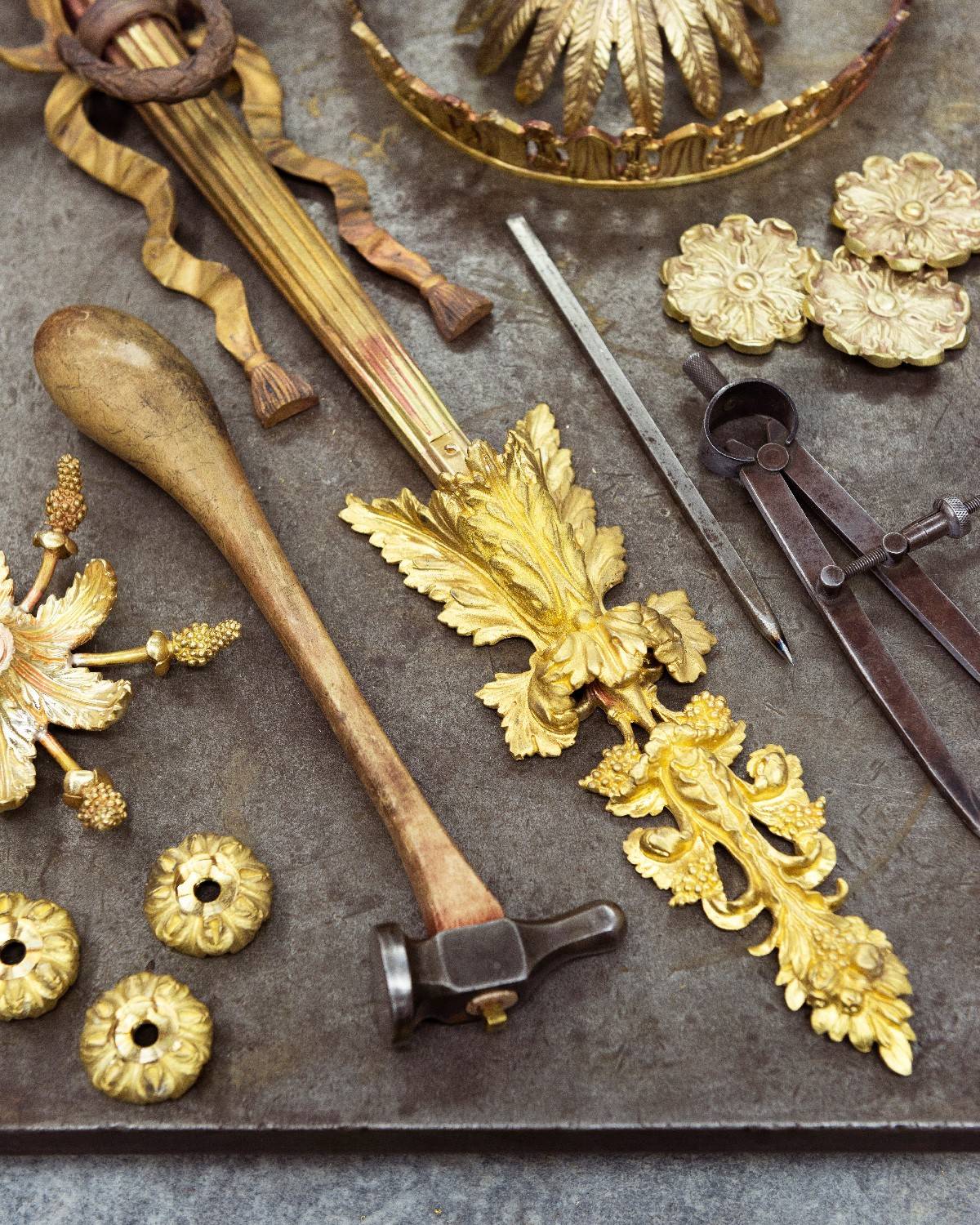 Elliott, talk about what inspired you to utilize leather and alabaster together in this collection.

The association of leather and alabaster was born out of the narrative that guided the space I designed for the AD Interiors 2017 space at La Monnaie de Paris. The forms and materials of the space and the objects created for the space, were inspired by the tools and equipment used by Jean Varin the head engraver of the French mint. Alabaster as a material, while not part of the “engravers' world” was chosen because it is easy to sculpt like the metals used by Monsieur Varin.

Last question: describe your most memorable meal of the past few months. Where were you and what made it so special?

ELLIOTT: That’s a very tough question. But the most memorable was Shabour, the latest ”comptoir” on the Parisian scene. This micro space is the latest offering from Assaf Granit (Balagan Paris etc etc). The menu mixes Israeli children stories with seafood. The courses are small and delicate. I would suggest ordering the voyage. The ambiance is more than festive.

"Elliott talks to feelings, not the mind!" 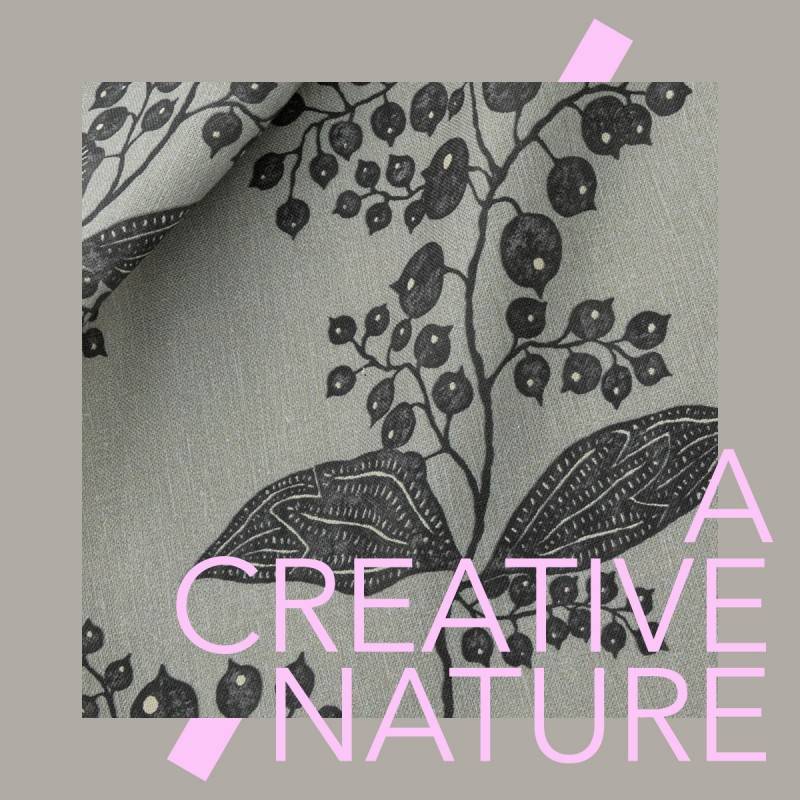 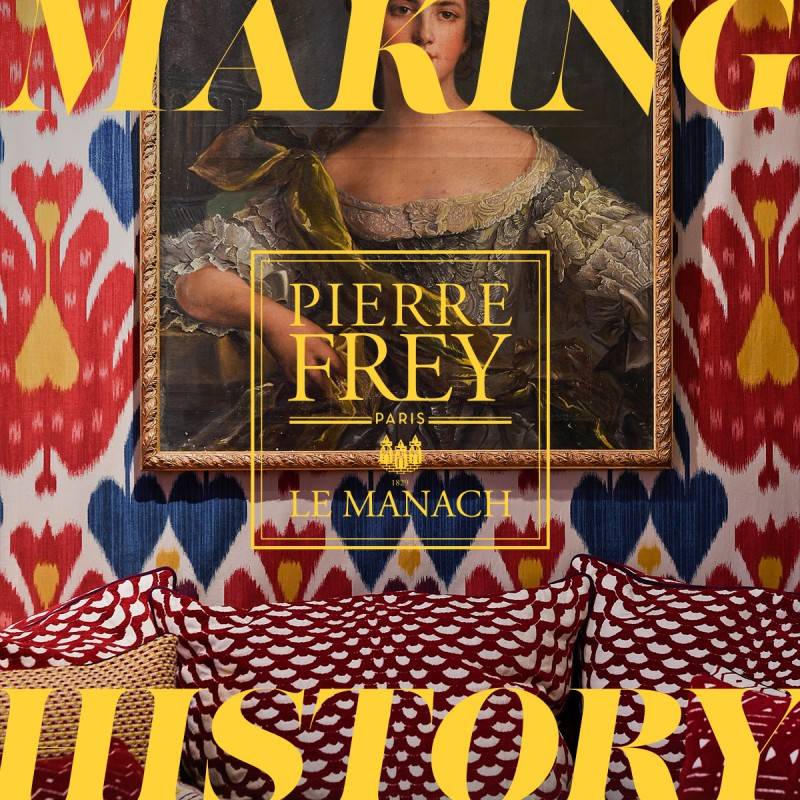 How to honor a heritage 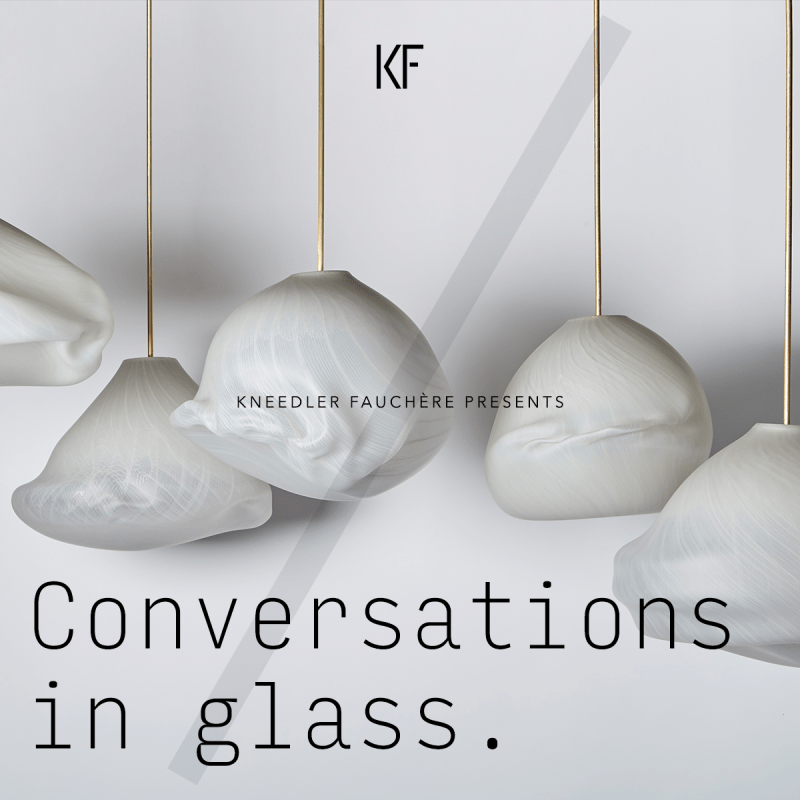 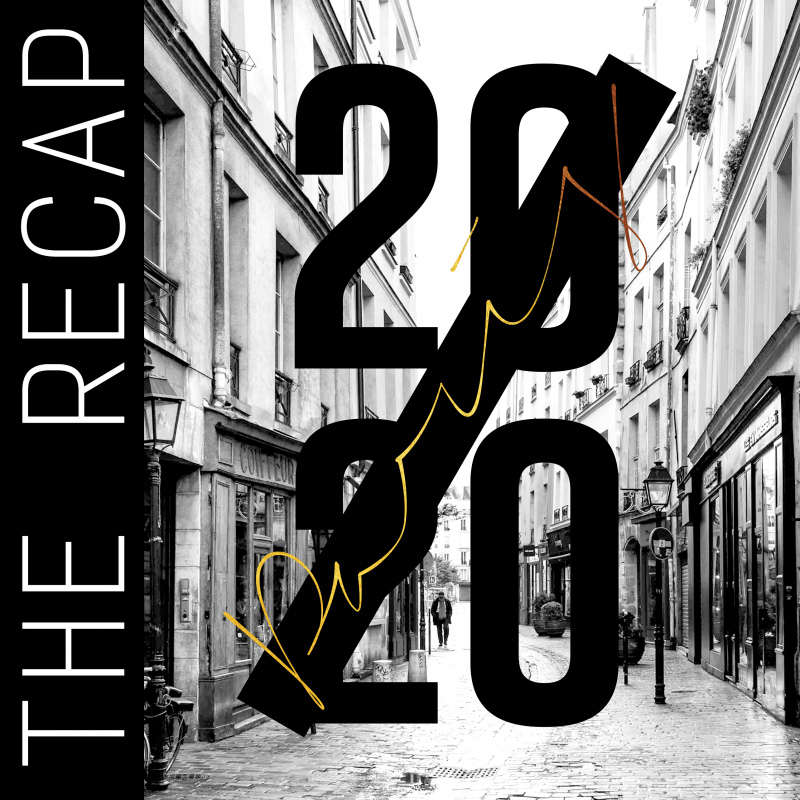